Design, Implementation and Delivering of a ML System for Cloud,Shadow and Haze Detection from Satellite Data.

Goal: Given unprocessed geospatial data from standard sources, aim was to detect and predict cloud, shadow and haze cover.

This project involved formatting raw data to match a standard specification and then used as an input to a deep learning-based image segmentation model. The entire software stack was cloud based and AWS EC2 was used the main development server. Docker was used for creating virtual environments and parallel deployment of multiple training jobs. Jupyter notebooks were used as a mechanism for integrating both code and documentation into a single deliverable medium.

Goal:Scientific understanding of how radiometric properties can affect cloud detection.

Note: To do basic exploration with geospatial data and understand how it works and what it looks like, see the code here: https://github.com/copperwiring/3-band-satellite-imagery-analysis . It is recommended to use QGIS to view TIF files when needed.

The project (part of my Masters thesis) addresses the challenge of re-detection of a single occluded target. This work specifically focuses on human targets that are occluded by objects (e.g. chairs) or by other humans (e.g. a tall person). The tracking methodology proposed considers a single Kinect RGB-D camera, single-target,and is model-free, applied to long-term tracking. The model-free property means that the only supervised training example is provided by the bounding box in the first frame. The long-term tracking means that the tracker learns to re-detection after the target is lost. i.e. to infer the object position in the current frame.

Click the image below to see the video of the final results. 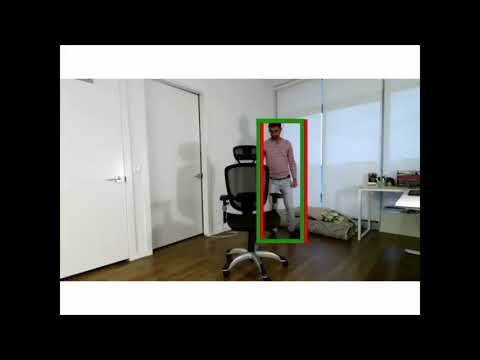 This project builds a image classification model which recognises ‘House Numbers’ (in photos). It uses Flask to create an API, we can deploy this model and create a simple web page to load and classify new images.