A brief consultation of the Internet will show that meanwhile, at the other end of the business, everyone has become a literary critic — or at least a book-reviewer. —Martin Amis, The War Against Cliché: Essays and Reviews

I like to read books and this page will be a collection of the books I have read so far. This page is being slowly updated. Here I write a brief summary of the book from my perspective and share few quotes from the book which stayed with me.

If are from Vancouver, I would definietly recommend using Libby, Overdrive to read digital books. For hardcovers, Public Libraries have a great collection ( VPL, BPL are good examples).

If you are a student, make use of your university library. Apart from their own collection, most universities support Inter-Library Loans ( Example from SFU). If you don’t find the book, you can place a request for it to be purchased. There has never been a time where I requested a book/paper to be purchased and it wasn’t made available.

If you can afford to pay and want to pay, Apple books are an amazing reading interface. For relatively cheaper options, go for kindle. 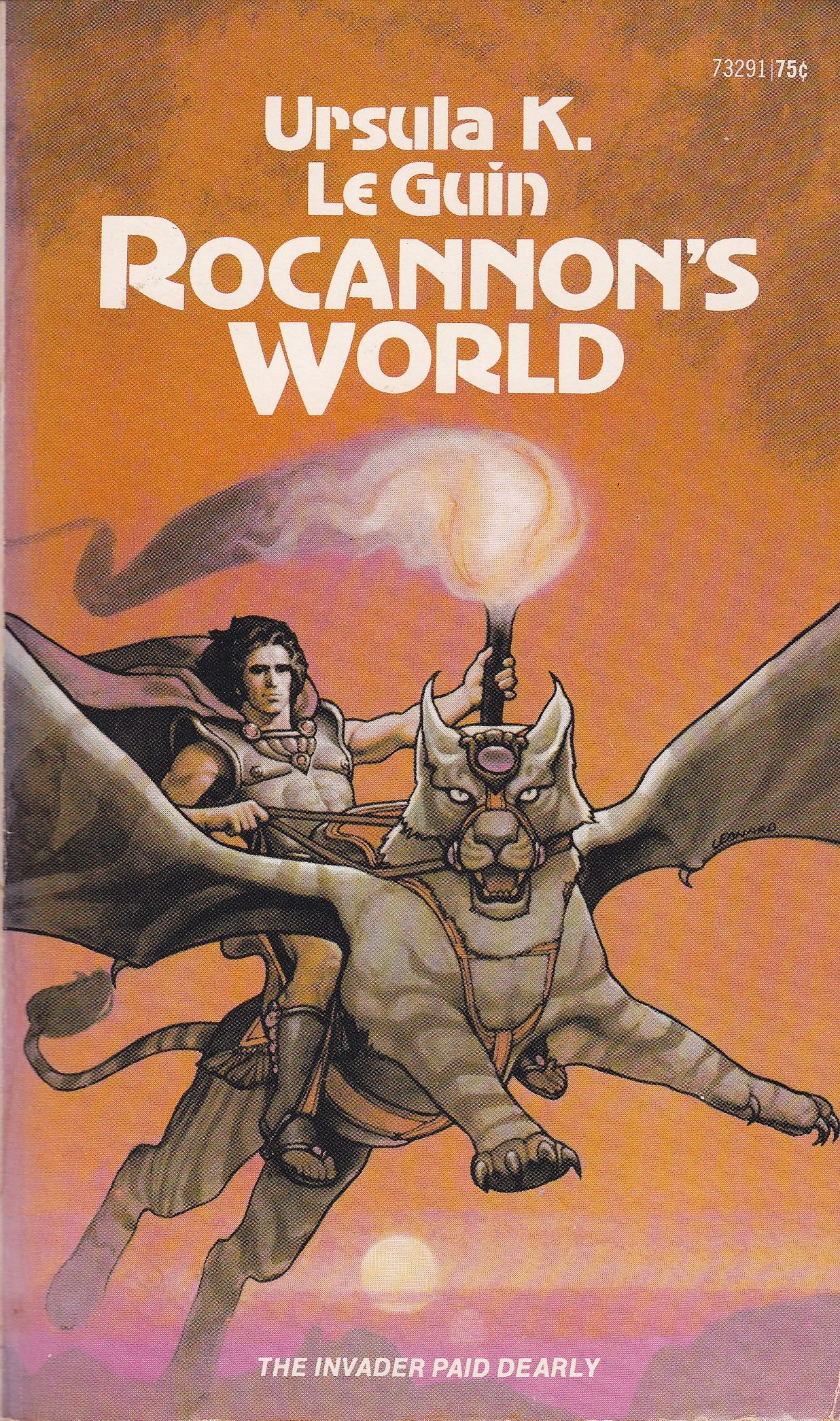 (Summary will be published once the book is read completely.)

“May our enemy die without sons, " the Angya said gravely, raising his refilled cup”

“The High-Intelligence Life Forms of the planet, of which there were at least three species, all of low technological achievement, they would ignore or enslave or extirpate, whichever was most convenient. For to an aggresive people only technology mattered.”

“This world, which did not even have a name yet beyond Fomalahaut II, would probably never get much attention paid to it, for before the League’s arrival none of its species seemed to have got beyond the lever and the forge. Other races on other worlds could be pushed ahead faster, to help when the extra-galactic enemy returned at last. No doubt this was inevitable. He thought of Mogein offering to fight a fleet of lighspeed bombers with the swords of Hallan. But what if lightspeed or even the FTM bombers were very much like bronze swords, compared to the weapons of the Enemy? What if the weapons of the Enemy were things of the mind? Would it not be well to learn a little of the different shapes minds come in, and their powers?”

“There were no gods in their in their legends, only heroes”

It doesn’t make much sense to write a summary of the book since it a collection of short stories. Definitely is a literary treasure with it’s simple yet painted words which brings memories alive. It is similar to Jhumpa’s others books in way that this also tells stories about Indian Americans, in particular Bengali Americans. One thing that left me a little disappointed was that none of the stories really ended. We are left at a clifhanger.

Book: How Not To Be Wrong: The Power of Mathematical Thinking (Reading in progress)
Author: Jordan Ellenberg 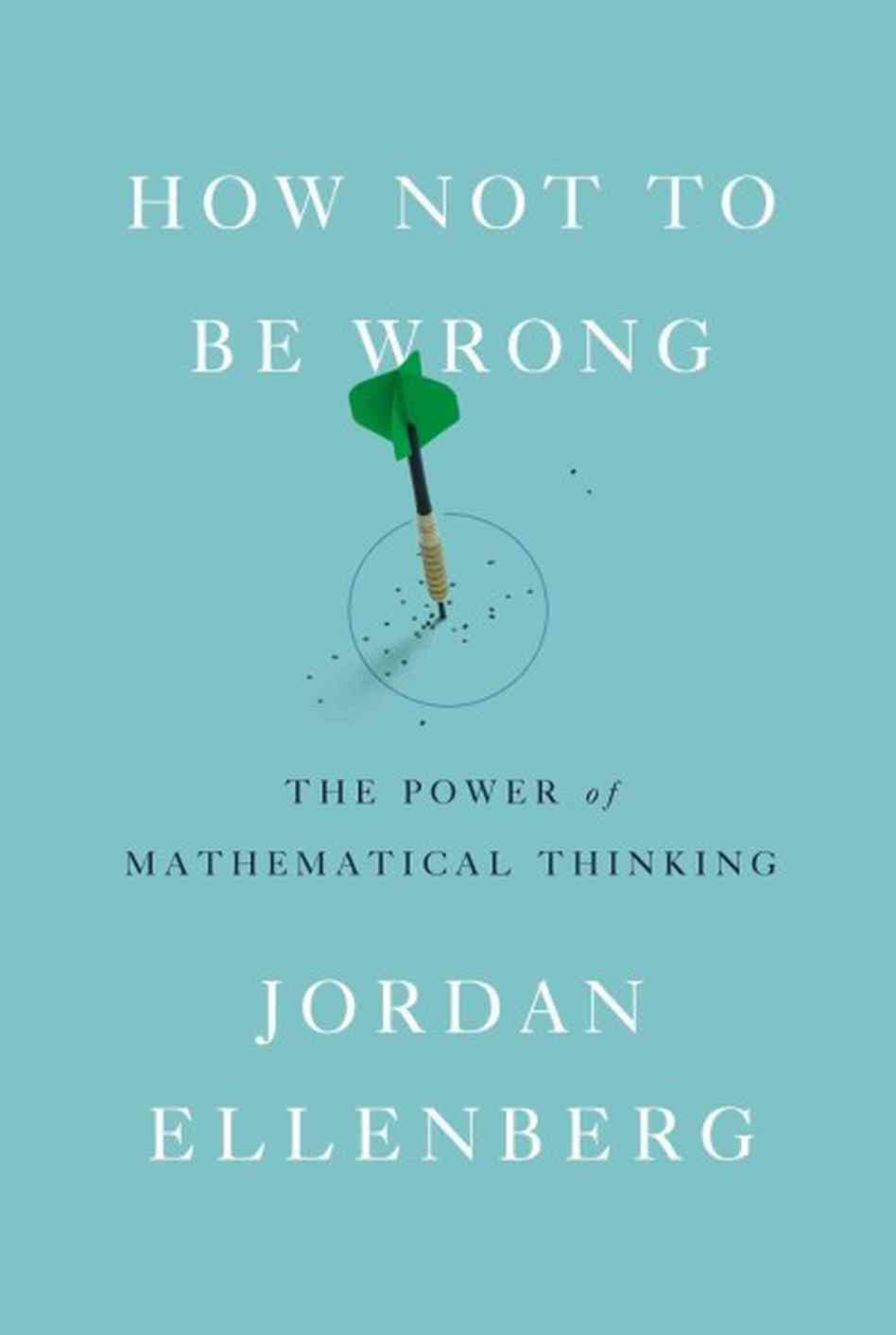 (Summary will be published once the book is read completely.)

“Working an integral or performing a linear regression is something a computer can do quite effectively. Understanding whether the result makes sense–or deciding whether the method is the right one to use in the first place–requires a guiding human hand. When we teach mathematics we are supposed to be explaining how to be that guide. A math course that fails to do so is essentially training the student to be a very slow, buggy version of Microsoft Excel” 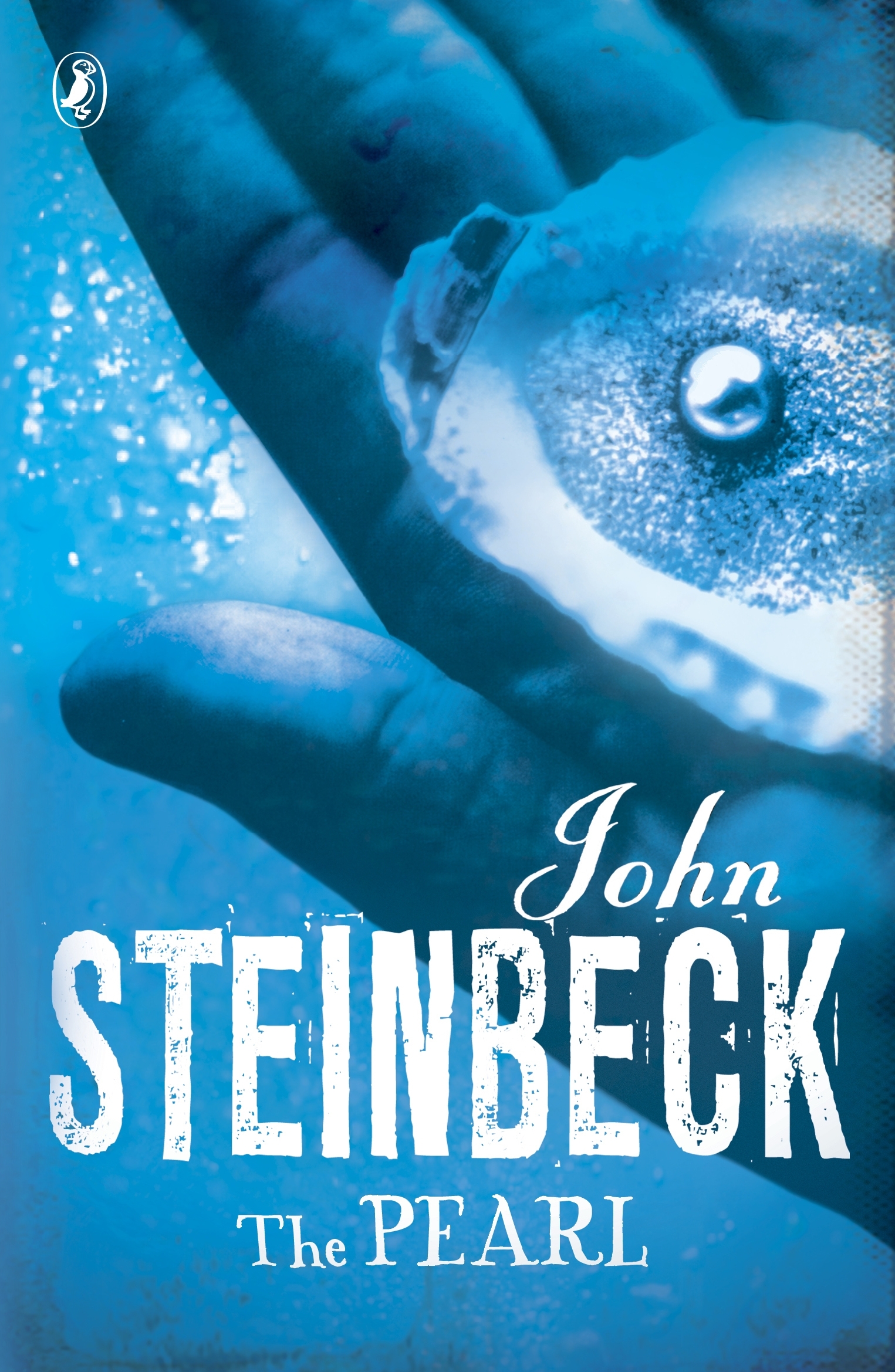 The story is about a poor pearl fisherman Kino who lives with his wife Juana and kid (almost a new born) Coyotito. The city where they live, La Paz, has a stark distinction between where the poor live - the brushes - and where the rich lives - place of stone and plaster. The story starts when Coyotito is stung by a scorpion and the city doctor refuses to see because Kino has no money. Kino hopes to be able to find some pearl which he can use to pay for his son’s medical bills. With a stroke of luck, one day he finds a huge pearl, a pearl so big that it became soon known as The Pearl of The World. Kino dreams of getting married in church, getting education for Coyotito, and buying a rifle. But as the past has been, the pearl jewellers try to cheat him into devaluing the pearl he finds. He gets frustrated and decids that he will not be cheated any more and will sell the pearl in the town up north, a place he has heard in folklores from his grandparents but has never seen. The pearl seems to attract a lot of attention from wrong ‘dark men’ who attempt to steal the pearl in the middle of the night. Juan, who now believes that pearl is a misfortune, tries to get rid of it but is stopped. In one such scuffle with the dark men, Kino accidently murders someone and has to flee with his family. On their way up north, they hide from hunters and sniffers who they believe are hunting for them. He plans to attack them and steal their rifle. One fateful night he is successful but has to face consequences.

The story is nice but is a slow read. If you are someone who enjoy an eventful journey throughout, this book might not be for you. If you enjoy the literary aspects of a novel with detailed description and picturaization of scenes, then it’s a beautiful read. It beautifully paints how poverty, greed and cunningness shape the the lives of the poor. You will also see how folklores and songs passed through generations play an important part is these people’s lives.

“His people had once been great makers of songs so that everything they saw or thought or did or heard became a song. That was very long ago. The songs remained; Kino knew them, but no new songs were added. That does not mean that there were no personal songs. In Kino’s head there was a song now, clear and soft, and if he had been able to speak of it, he would have called it the Song of the Family."

“A town is a thing like a colonial animal. A town has a nervous system and a head and shoulders and feet. A town is a thing separate from all other towns, so that there are notwo towns alike. And a town has a whole emotion. How news travels through a town is a mystery not easily to be solved. News seems to move faster than small boys can scramble and dart to tell it, faster than women can call it over the fences."

“But now, by saying what his future was going to be like, he had created it. A plan is a real thing, and things projected are experienced. A plan once made and visualized becomes a reality along with other realities - never to be destroyed but easily to be attacked."

““I know,” said Kino. “I have heard our father tell of it. It was a good idea, but it was against religion, and the Father made that very clear. The loss of the pearl was a punishment visited on those who tried to leave their station. And the Father made it clear that each man and woman is like a soldier sent by God to guard some part of the castle ofthe Universe. And some are in the ramparts and some far deep in the darkness of the walls. But each one must remain faithful to his post and must not go running about, else the castle is in danger from the assaults of Hell.""

“We do know that we are cheated from birth to the overcharge on our coffins. But we survive.You have defied not the pearl buyers, but the whole structure,the whole way of life, and I am afraid for you." 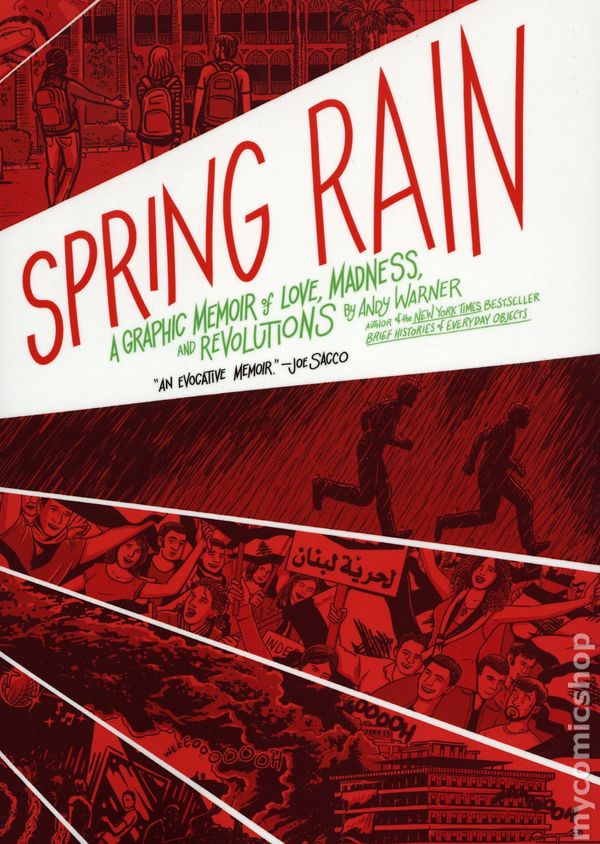 This book is set in the backdrop of unrest in Lebanon in 2005. The story revolves around the guy named Andy (author himself) who recollects his college days when he went to visit Lebabon during his semester abroad visit (5 months). Lebanon has been shown to be a city full of potential but struggling to deal with the war and protests brought by US interference, Syrian power on the east and the Israel on the south. The author definitely made a good attempt at painting the beauty of the city from the shimmering skyscrappers to the reins of building left since the days of Ottoman empire. Parallelly, the story is also about friendship, sex, drugs, mental illness and depression. It revolves around Andy’s gay friend circle who are living their life to their fullest but at the same time are trying to find their identity. The author himself has been shown to be a 21 year old (at-times) depressed person who is trying to scribble his feeling in a high school comic project (a project he never finishes).

The book is worth a read if you think countries on the east are all about protests, wars and deaths. The book shows the city life the author relived, friends he had, trips he made and the political discussions which happened during the time.

“Each time you recall a memory, it’s rewritten the moment you think of it. It is that rewriting that you remember the next time. A copy of a copy of a copy."

“The region in boiling man. The world is boiling."

“Those first demostrations were spontaneous. Young people, old people, everybody. it was so inspiring! And now some asshole sets off a few bombs and Lebanon’s back in the news as a place of danger, violence, and hate, which is exactly the image they were trying so hard to get away from after the civil war."

“You know I even lived in Iran for a minute. All you hear about Iran is oppressed women in veils and angry dudes with beards. But the craziest parties I have ever been to were in Iran. You drive out of the city..it’s nighttime..you’re in the middle of nowhere..you come over a hill and boom, there’s a gaint fucking rave."