The paper describes an approach where it takes a large dataset of image text pair and tries to learn a model that scores whether a image and text could co-occur. This is learned over a large dataset.

Question: How to do classification zero shot i.e. without any training?

Given a specified classification task where there are some images and some labels and you are supposed to evaluate based on our prediction, you will embed all text labels into vectors and images into vectors and them compare the score of their cross product. The pairing that is going to give the highest score is going to be the prediction label.

In Fig.1, $N$ is the size of images associated with some text. $T_i$ is the encoding for the entire text string.

Why is it zero shot? This model is zero shot because it refers to the number of lables we see for training. In this architecture, for a particular evaluation task, you do not train. You take the train weights(and give some bias). THis notion of zero shot is in line with GPT notion of zero shot i.e. you do a lot of training - you don’t care what is happenng at the pre-training stage

Note: There is a difference between queries and labels. Example, when you give a query ‘dog’ on google image, it will come with all sorts of images of ‘dog’ and each such image will come associated with a (paired)text. These texts can be in the form of alt text or title of the page.

Fig.2 shows various methods authors use to test which pre-training method is better. We know there are various training method that connects image and language. Most vanilla verison is captioning (language modelling with images). In this paper, authors try a variety of pre-training methods. First for captioning - they found it is not very compute efficient. Second, they tried BoW (bag of words) and they find that they scale better. However, the best they found was contrastive learning. 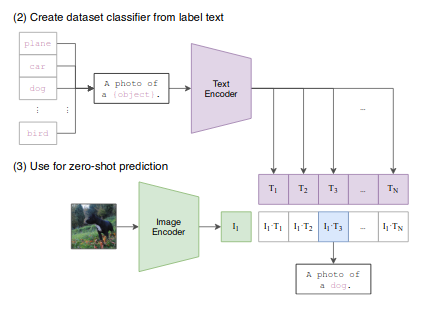 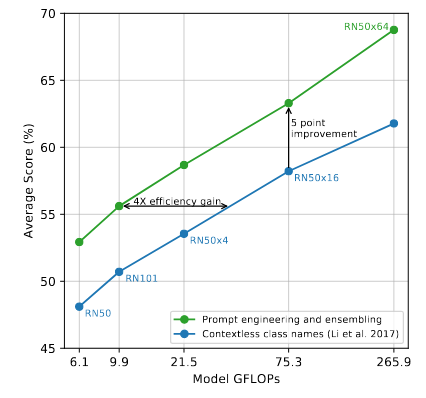 From Fig 3.a, we can see that in addition to texts, authors have also experimented using prompts wth texts i.e. you can embed the label itself but you can also embed string with a customized prompt ahead of it. E.g. ‘a photo of ‘, ‘a bag of’. Fig 3.b shows that authors show that prompts work better than raw label (+15%)

Acknowledment: Thanks to the discussion in TTIC reading group which introduced me to this paper. 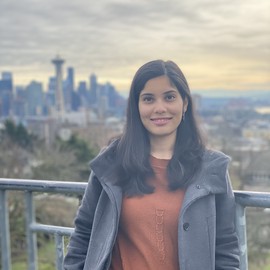